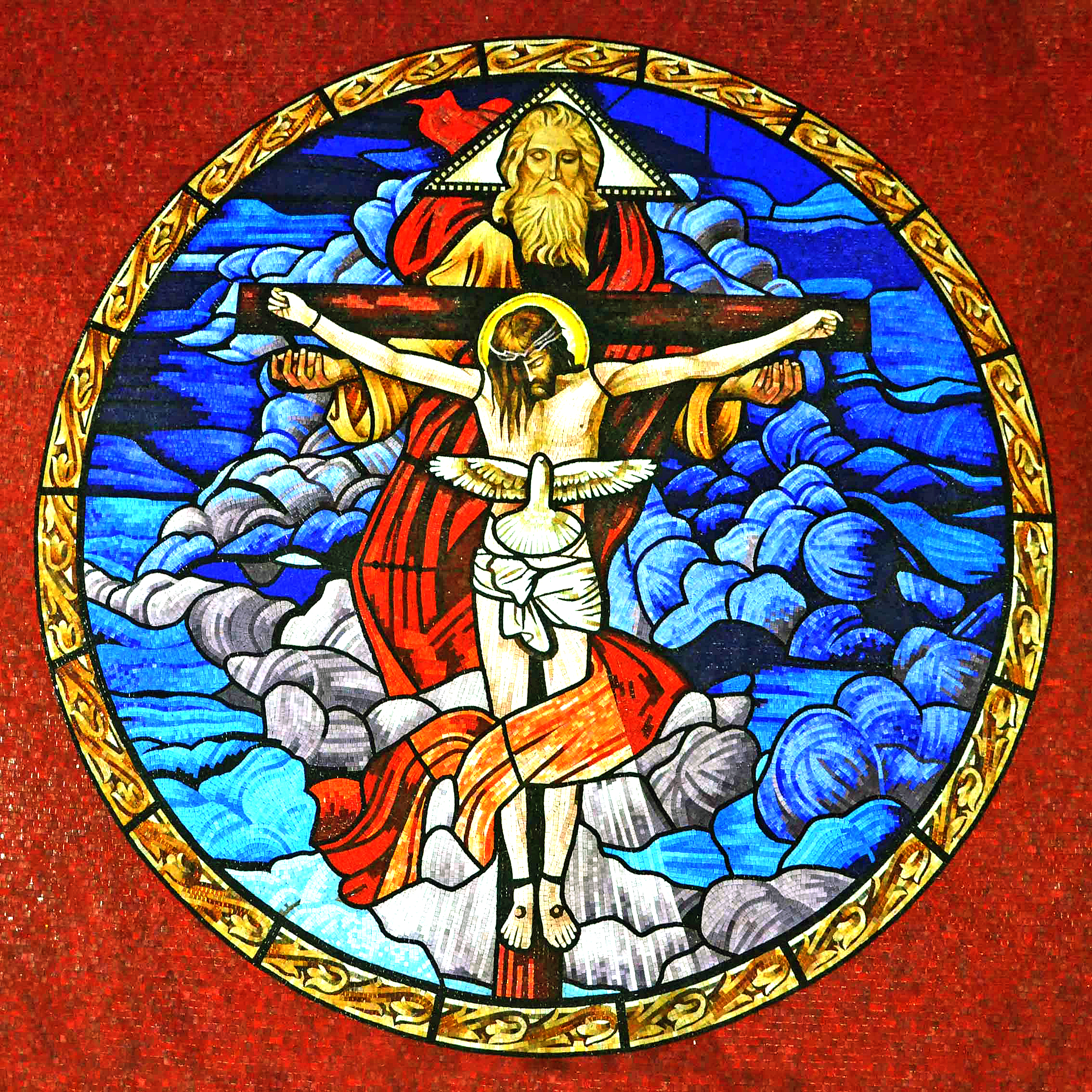 Jesus said, “I have told you this while I am with you. The Advocate, the Holy Spirit, whom the Father will send in my name, will teach you everything and remind you of all that I told you.   John 14:26.

Today’s first reading talks about the first major controversy that shook the early church almost to pieces. Remember that all of Jesus’s first followers were Jews. Jesus himself was a faithful Jewish man, obeying the rules and regulations, even though he talked of revolutionary changes to come, after his death, resurrection and ascension. So when unauthorized persons began to teach that you had to become a Jew before you could follow Christ, that presented an enormous hurdle, especially for men, who wished to follow Jesus’ teachings. Circumcision, dietary requirements and the myriad regulations strict Jews were required to follow (apparently 613 in total) would mean minimum Gentile conversions even if they acknowledged the beauty and attraction of Jesus’ words. There was a sizable number of Jewish-Christians who also held that view, hence the huge controversy in the early Church, which led to the first meeting of the whole church, the Council of Jerusalem. The results of that meeting comprise today’s second reading. The requirements for new converts as stated by the Council came down to a few rules which forbade you to take part in any pagan sacrificial practices. But you did not have to become a Jew in order to become a Christian. This event breathes life into today’s gospel. Jesus told his followers that he was to return to the Father, but that the Holy Spirit will, in a sense, replace him and remain with them (right down to us today).

So the presence of the Spirit will guide them, us, whenever there is a challenge to our faith in some way. Take the Reformation, for example. The 95 Theses Martin Luther nailed on to the Wittenberg Castle Church doors in Germany in 1517 listed the objections and complaints he had concerning the Catholic Church at that time. They were substantial. Some, especially concerning indulgences, were a genuine criticism of church practices at that time. One popular ditty at the time says, “When the money in the coffer rings, the soul from purgatory springs”. So, for example, when the indugence provider arrived in town, Johann Tetzel being the prime offender, if you thought your mother was in purgatory, then you would say an indulgence for her access into heaven. A small charge was made for this privilege….. That was the problem, plus an inaccurate idea of what indulgences are all about. Well, Luther’s objections did, indeed, tear the church apart, and we live with the consequences down to this day. But, it must be said, that the Holy Spirit was very much at work, and the consequence was the Catholic Counter Reformation, which changed the church in many ways, and produced the church in which I and all of the Catholics of my age, grew up.

It was the Second Vatican Council which ushered in an “aggiornamento” (or a “bringing up to date”) and changed the church into what we know today. And the Spirit is at work at the present moment. For example, Pope Francis has inaugurated high level scholarly research into the possible role of ordained female deacons in the early church. For a substantial change like that to take place in the Catholic Church, two elements are essential: 1) There must be evidence from Scripture that the practice is permissible, and 2) there must be actual evidence of that practice in the early church. Both must be present for any change to be considered. Therefore the claim that human rights, for example, should be a guiding principle in church evolution has never been regarded as authoritative in this regard. All changes must emerge from Scripture and tradition. 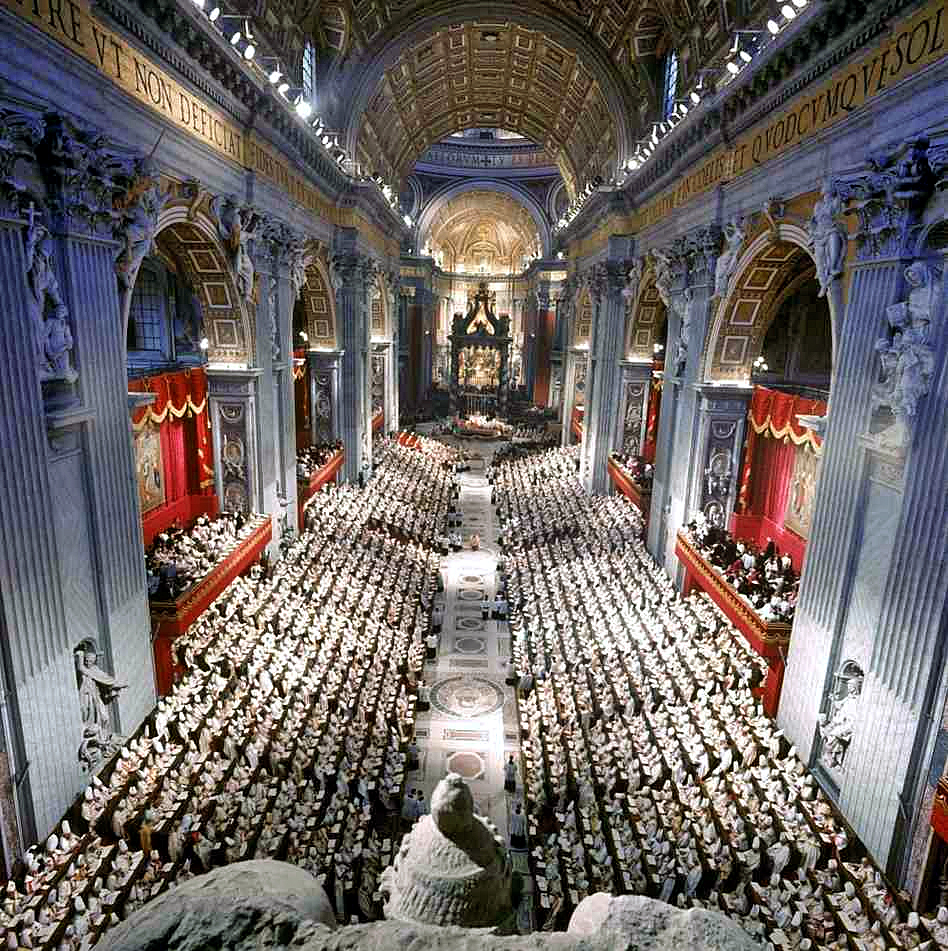 For example, when I was growing up, the Mass was entirely in Latin, except for the sermon. Today it is in the language of the place where the Mass is being celebrated, the vernacular. How did that happen? Well, consider the first Mass, which Catholic tradition holds was the Last Supper. Jesus  almost certainly spoke Aramaic, not Latin. The Christian Scriptures were written entirely in koine Greek, the Greek of the man in the street, not that of the poets and philosophers. So, you can at least conclude with some certainly that the Last Supper was not in celebrated with Latin speakers, either in Scripture or in early church practice! The Last Supper (Scripture) and the earliest Masses (practice) must therefore have been in the language of the place it was being celebrated. The Emperor Charlemagne had a strong influence on that practice. His empire covered an enormous stretch of western Europe, with many different local languages. He saw the Mass as a means of unifying that disparate collection of peoples. All Masses would henceforward be in Latin! And so it was until the 1960s, well over a 1,000 years later (which is why we thought it would never change)!  And remember that the Orthodox and eastern Catholic churches have always used and still use Greek or other eastern languages in their Mass… So the Church is not an unchanging monolith set in stone. The core beliefs are unchanging, and will ever remain so, but other practices are not, and are always open to examination and perhaps, change. And that is where God’s Holy Spirit is always present, guiding and encouraging the Church day by day, showing that which cannot be changed, and that which perhaps can. And so today’s readings illuminate a church which was challenged, the first reading, which remained sure, solid and true to God, the second reading, and which has the assurance from Jesus himself that the Holy Spirit has been, is and always will be with us to guide us and support us through the centuries, the third reading.

PLEASE FORWARD THIS WEBPAGE TO THOSE YOU THINK WOULD APPRECIATE IT. THANK YOU.