Christ in the Storm on the Sea of Galilee, Rembrandt 1633, Stolen from Isabella Stewart Gardner Museum, Boston, Mass., USA.

You may read today’s Sunday Mass Readings by clicking here.

Today’s gospel narrates one of Jesus’ so-called nature miracles, where his power seems to be limitless. On this occasion it extended over a storm at sea, which ancients considered to be one of the most fearsome and uncontrollable forces of all nature; even today it still causes disasters. Note also that the creation of the world in Genesis 1 begins with such tempestuous chaos. Many scholars, however, have difficulty with such miracles; they are happy to suggest natural ways of explaining other miracles. For example, the miracle of the loaves and fishes can be easily seen as people sharing what they had brought, knowing it was going to be a long day out to listen to the Lord. But when it comes to calming storms, walking on the water, turning water into wine and so on, well, they represent a challenge. Is this Jesus using his powers as the Son of God to benefit others, or gospel writers taking leave of their senses? The choice is ultimately ours, whatever the experts may say. You choose. Today’s wondrous episode is reported in all three synoptic gospels (Matthew, Mark and Luke).

Of course, it could be that the storm did abate suddenly in a natural way, without any miraculous intervention. That is often the way thunderstorms are suddenly upon us as one example of nature acting quickly, so too the end of such storms, with a vivid rainbow as a present. So it could be natural. But there are the reports of other nature miracles. Could they all be the result of happy coincidence? Unlikely, statistically. And so, “For those who believe, no explanation is necessary. For those who do not believe, no explanation is possible” (Franz Werfel, Song of Bernadette (Das Lied von Bernadette), The Viking Press, New York, 1942). It is a simple question: Do you believe that Jesus was the Son of God? If so, he was invested with the powers of God. In all four gospels, his powers were always and everywhere, with no exception, used to benefit others, and never himself. Even under the severest temptation, nailed to the cross, hearing the jeers “If you are the Son of God, come down from that cross” (Matthew 27:40) Jesus would not. He came to us to serve us, not to be served by us (Matthew 20:28) hence that jeer was a temptation to betray his entire mission. He refused. And in that truth lies the truth of the miracles, all of them. They were and are demonstrations of the message he brought to us: we are all here to help each other and in that way we too are servants of God. 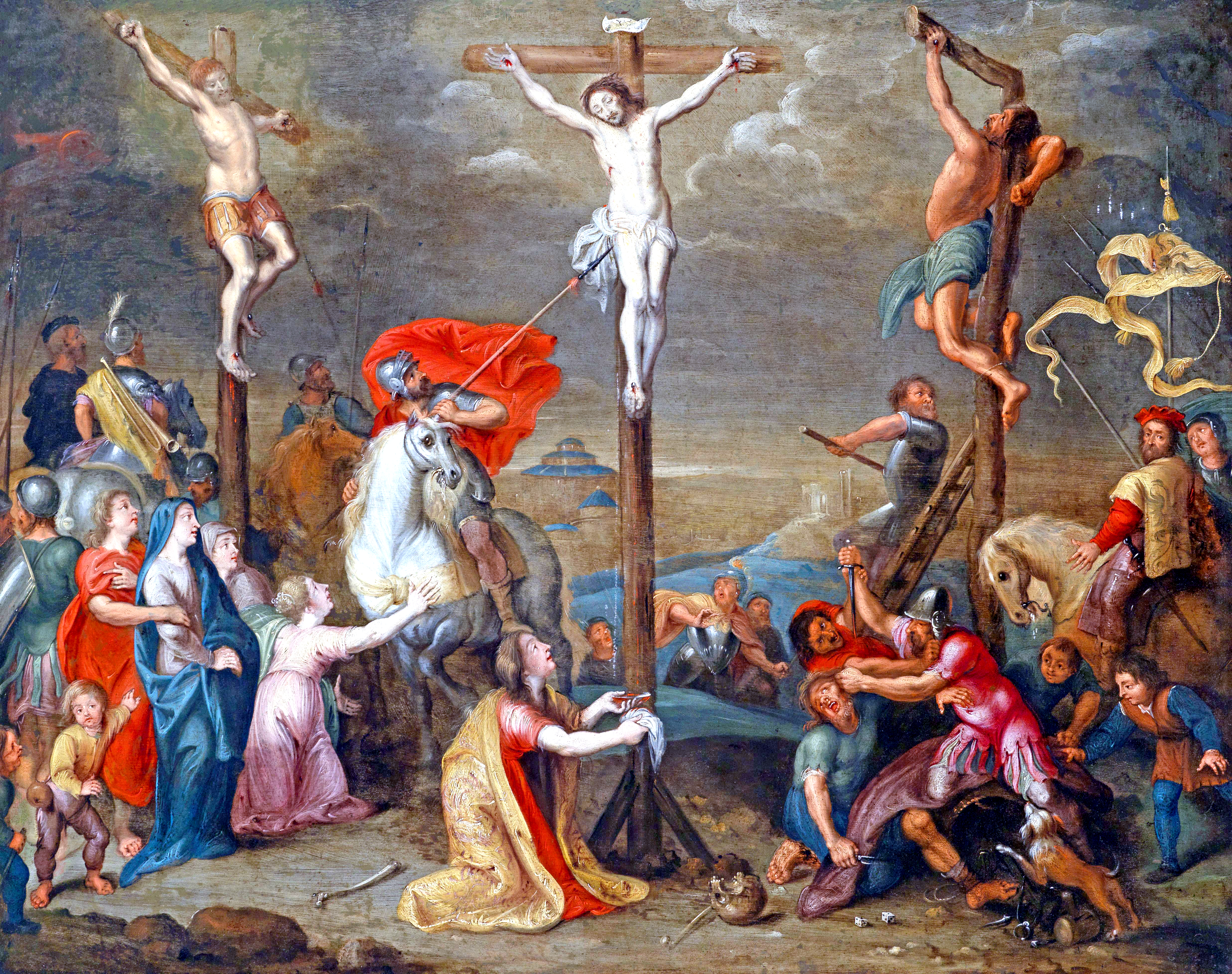 Therefore, today’s Scripture is a reminder of the basic messsage Jesus brought us: love one another, serve one another, love God, neighbor and (then) yourself. He lived out this message in his own life here on earth to the ultimate limit so that there was no confusion or unclarity as to its meaning.

Please send this webpage to those you think would appreciate it. Thank you.