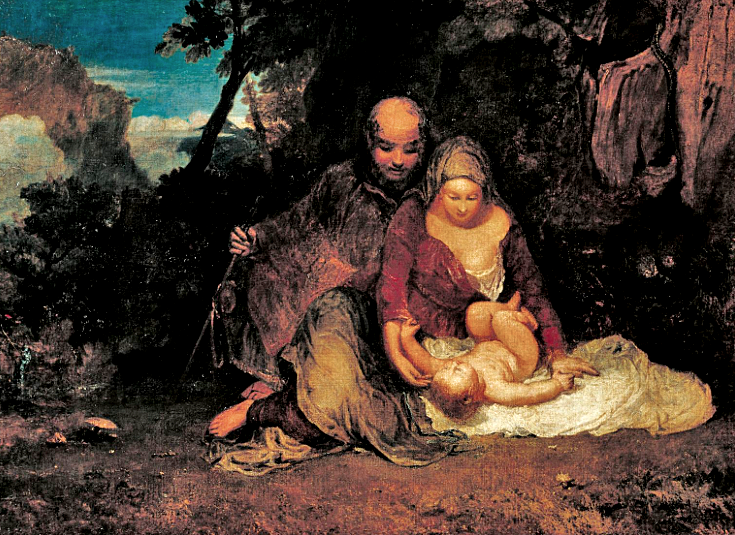 In about 1950, when I was a six-year old growing up in London, I received a tricycle for Christmas. Well, apparently I thought this the greatest thing on earth, and off I took, pedaling happily for hours. In fact, I travelled over 5 miles ending up I knew not where. Completely lost, a concerned passer-by took me to the police station. It did not take them long to figure out who I was and where I should be. In the meantime, they gave me a banana to eat. Now this was only a few years after the end of the war, everything was rationed, and coming from a pretty poor family (how my parents could ever afford a trike for me has remained a mystery to this day), I had never seen a banana in my life and didn’t know what to do with it! So the day was memorable for two reasons. I recount all this to try to understand why Jesus apparently remained riveted to the Temple doctors discussing theological questions for several days, a little grander than my adventure, though Jesus was over double my age at that time…. It would seem that it is in the nature of some youngsters to go exploring, whether it be to the remoter parts of London, or to the remoter parts of theological exegesis. It happens. Then there is the other puzzling element in today’s gospel: why did it take a day for Joseph and Mary to realize Jesus had vanished? It took my parents a significantly shorter time to know I had vanished. The only explanation which makes sense to me is that Jesus’ family did not travel alone, but in a very tight and totally trusted group of others, probably extended family members. Hence Jesus’ absence would not be a source of worry: he would be “with the others”.

The young fellow was 12 years old, on the verge of what today would be called his Bar Mitzvah, when he would become subject to God’s law and know the difference between right and wrong. There was no such ceremony in Jesus’ day, however. It would take a few more centuries for that to develop. But it does suggest an understanding of human development already existed, and here is an excellent example of it in today’s gospel. And that leads to another reality: children grow up, and very quickly. Mary and Joseph probably recognized that in this gospel incident. Not only that, but here was a boy who chose to question the greatest religious teachers in the land rather than jump on a camel and take off into the wilderness (the ancient equivalent of my tricycle adventure). No wonder Mary treasured all this in her heart, as the gospel says, as Jesus grew in wisdom, with the favor of both God and those around him.

There are choices available in the other two readings today. The first and second readings do have a “family” theme available as a choice, giving guidelines about appropriate behavior in a family. Some of this might be challenged in today’s  society, especially “Wives, be subordinate to your husbands, as is proper in the Lord. Husbands, love your wives, and avoid any bitterness toward them.” But I think today’s understanding of that would be to think of the husband’s love for his wife as being able to invite, accept, encourage, even praise, her alternatives and choices, especially if more intelligent or sensible than his! Love encompasses accepting the freedom of and for the other, as God loves freedom (witness the release of the Hebrews from bondage in Egypt). A young person growing up in such a family would witness appropriate argument, agreement and acceptance, with his/her own ideas willingly encouraged and examined. As a teacher of many years, there were moments of complete joy when gifted students would make contributions beyond my own ideas, showing they had understood the material and had gone way beyond it. I can easily imagine a young Jesus impressing Mary and Joseph with his insights and ideas. And as his eventual public ministry shows no sign of repression or inappropriate anger, it surely came from a positive and careful upbringing in a deeply loving and accepting family, even with a foster-father! Such is the immense responsibility of those whose task is the care and upbringing of the young. 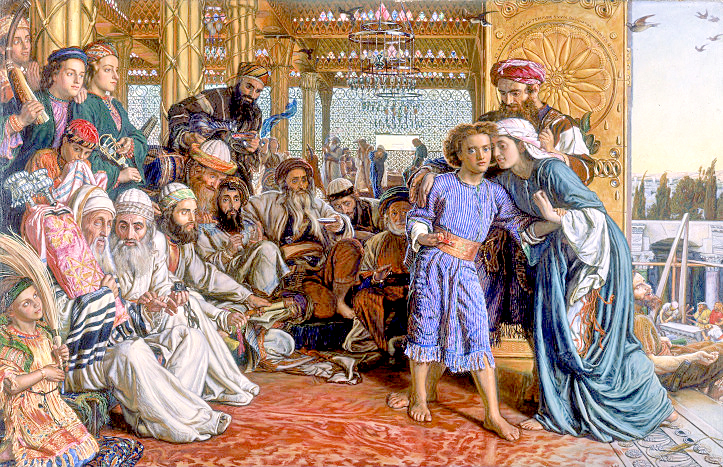 The Finding of the Saviour in the Temple, Holman Hunt, Birmingham Museum and Art Gallery, Birmingham, UK.