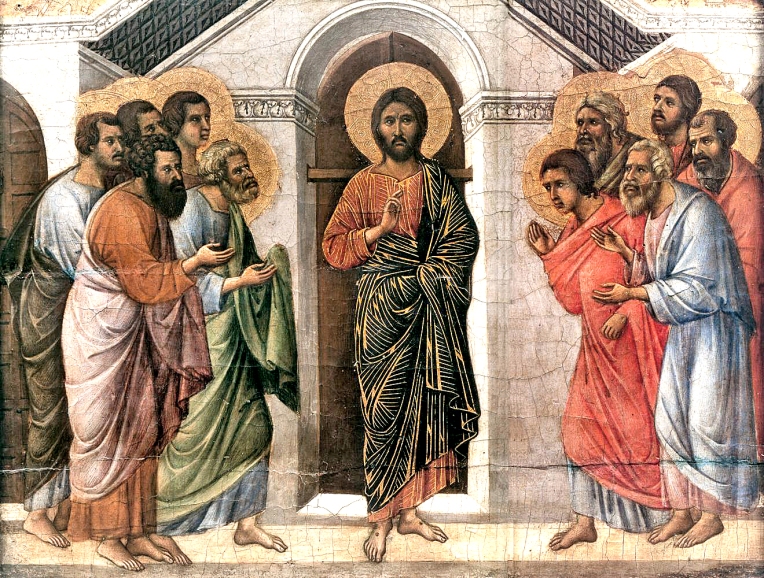 Just as last week, we have the appearance of a supremely confident Jesus amid a bunch of terrified, cowering followers. No wonder he asks “Why are you troubled?”. But I think we can all answer that one. Jesus was supposed to be dead! They were in the presence of a unique pivotal moment in history, one that was never to be repeated, and that had never happened before. Truly unique. Almost certainly they were asking themselves things like: Am I seeing things? Who really is this man? Am I delusional? What on earth do I do? Is this a sick joke? Jesus seems to understand this, hence his reassuring comments about himself: “Touch me and see, because a ghost does not have flesh and bones as you can see I have.” That seems to have begun to have won them round, and they allowed themselves to begin to wonder, Is it true? Has he actually conquered death? After all, he shared a meal with them… Pretty convincing you might think. Then he sat them down and began to set this whole series of events within Scripture (just as he had done with the his two followers who were running away to Emmaus). Everything had been prophesied in Scripture during the previous centuries, from his arrival, his message, his suffering and his resurrection. All this was God’s will. Then he states this message, and its consequences, must be preached to the whole world. Sin is forgiven, and Jesus is the source of eternal life and happiness.

This central teaching about the forgiveness of sins seems to be central to Jesus’ message. Remember that during his ministry, he had announced that certain individuals’ sins were forgiven. This had caused enormous scandal, because only God can forgive sins. Yet Jesus pointed out that surely the cure of dread diseases or demonic possession, usually the scene which had prompted his forgiveness of each person’s sins, must be of God otherwise no miracle would have happened. The cure was the proof of the power to forgive sins. Last week’s gospel saw Jesus passing this power of forgiveness over to his followers. We have this power enshrined in the sacrament of Reconciliation in a formal liturgical setting. However, I think today the idea of sin is politically incorrect. Today, it seems that to call even ourselves a sinner is insulting and wrong. Me a sinner?? How dare you. But the evidence is pretty clear, both within each individual conscience, and in the world as seen through the daily news. But digging through our own conscience is much more difficult than being appalled by the day’s horrors on TV. St. Ignatius, the founder of the Society of Jesus, the Jesuits, has an answer to that. Fr. George Aschenbrenner, S.J., who was my Novice Director when I joined the Jesuits, has this to say about Ignatius’ insight:

Doing this once a day, preferably at the end of the day (or twice a day, as Fr. George recommends), will certainly bring out the light and the shadow of daily life. As we begin to realize what sin means in our lives, how it drags down, how it depresses, how it destroys, how it ruins happiness, will give us the impetus to do something to fight it. It does require self-honesty though, but asking God for that help would be a good starting point.

Remember it was sin that destroyed Jesus’ mortal body; in fact, St. Paul even says Jesus became sin (2 Corinthians 5:21) taking all our filth and degradation upon himself so that it might be destroyed by his death, which would allow us, equally freely, to take on his purity and goodness through his resurrection. And today’s gospel shows the first fruits of that event; he had conquered all that sin through rising from the dead, and was now sitting down and eating with his bewildered and astonished followers. And he began to let them know what the next step was going to be, that they, in their turn, would go and proclaim the same message, release from sin and entry into a life of happiness. But at that moment there was no hope of that. They were still paralyzed with fear of arrest and death because they were Jesus’ friends. Recall Peter’s responses on being accused of following Jesus when the Lord had been arrested…. Even Jesus returning from the dead was insufficient motivation to take up his message and proclaim it to the world. 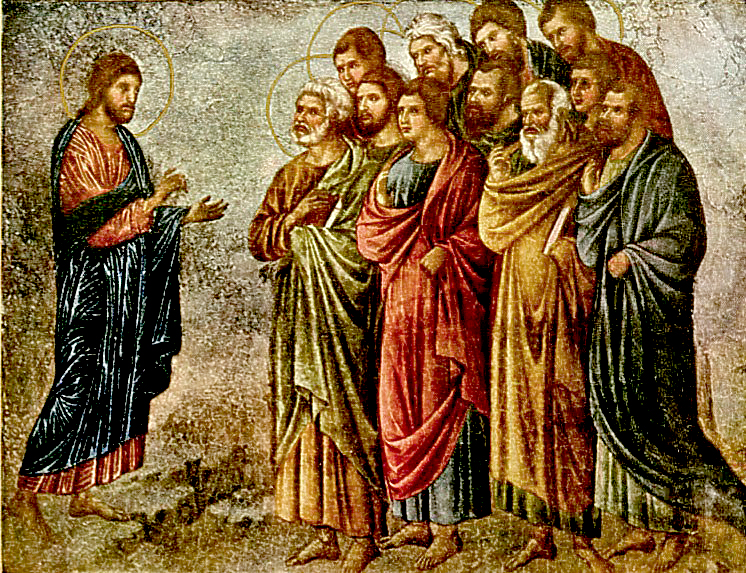 If this website has been helpful, interesting or even inspiring for you, please share it – SundayMassReadings.com – with your friends and acquaintances. Thank you.