[His disciples said to him] “Everyone is looking for you.” He told them, “Let us go on to the nearby villages that I may preach there also. For this purpose have I come.”    Mark 1:37-38.

Well today’s first reading could well have been written last week, considering our times and situation:

So I have been assigned months of misery,
and troubled nights have been allotted to me.
If in bed I say, “When shall I arise?”
then the night drags on;
I am filled with restlessness until the dawn.

And then at the dawn, there is nothing to look forward to, except more misery! Poor Job, poor us! We have been assigned a terrible condition and time, albeit with some promising lights on the distant horizon in the form of vaccines and “herd immunity”. It is times like these that really do test our faith and belief. How can a God of Love allow this to happen? Why are so many good people struck down before their time? How can innocent and good men and women die for no good reason? But, of course, we can ask the identical question concerning the crucifixion of the Lord himself. The only answer that occurs to me is the unfolding of the supreme gift and supreme curse and mystery of freedom. Each one of us is a child of God, free to respond to that identity with its challenges, or to bow out into a life of self before everything else. We enjoy freedom in way animals cannot. We can choose deliberately and consciously what, when where and how to do something. That is also found to some extent in the non-human world. Given certain circumstances and opportunities, animals can make basic choices; a dog may look around, lose interest and decide to fall asleep. Or may get up and sniff around, or scratch at the door to be let out, and so on. I’m sure sometimes dog owners have no idea what ideas are going on in that doggy mind. The same is true of the virus world, free to exploit whatever environment it might enter, be it a dog or me. And in that same freedom, off it goes on a potentially fatal joyride. We only have our God-given brains and intelligence to come up with an effective response, be it remembering to put on a face mask before going out, or as a research biochemist, to seek a good defense against the bug. There’s no easy way to move from all that into today’s gospel, which sees Jesus going off to pray in solitude while his fame as a healer has spread and many people are seeking him out. It does demonstrate his exercise of freedom, however, in a way which can impress us. When his disciples find him and tell him he is in enormous demand, he ignores that and states that he must move on to places where he is unknown to spread his good news there too. In other words, he too exercises freedom not to enhance and enjoy his fame, but to obey his vocation to go to new places to teach, preach, cure and draw more and more to the love of God. So he had priorities, a ranking of importance which he, in his freedom, decided to follow no matter what. Jesus was not interested in fame, fortune, power, wealth or those other goals which have little to do with following his vocation, to be Christ to the world. That is our God-given vocation too. Should it accidentally produce any of those other alluring effects, then we must assuredly use them as tools of our vocation, rather than ends in themselves.

One example of a wealthy and highly successful businessman is Bill Gates, founder of Microsoft. In his early 50s, by then worth a staggering $50 billion, he left his company and began to concentrate on what he was going to do with so much wealth. His father had created the William H. Gates Foundation in 1994 geared to reducing the mortality rate in childbirth and improving impoverished childhood health, found widely in poorer countries. In 2000 the junior Bill Gates founded the Bill and Melinda Gates Foundation, incorporating his father’s charity into it. To date, the Foundation has invested, donated, earmarked and supported ventures to the tune of $50 billion! Although this is clearly out of just about everyone’s league, the model is clear, and parallels Jesus turning away from fame and possible fortune in today’s gospel to go other “nearby villages” to spread his life-affirming message among those who did not know him. It is therefore up to each of us to consider that model and decide what we can do, each in our modest but sincere way, to follow such an example and actually love our neighbor as best we are practically able. And this should be undertaken as freely as we are able, as God’s free children. 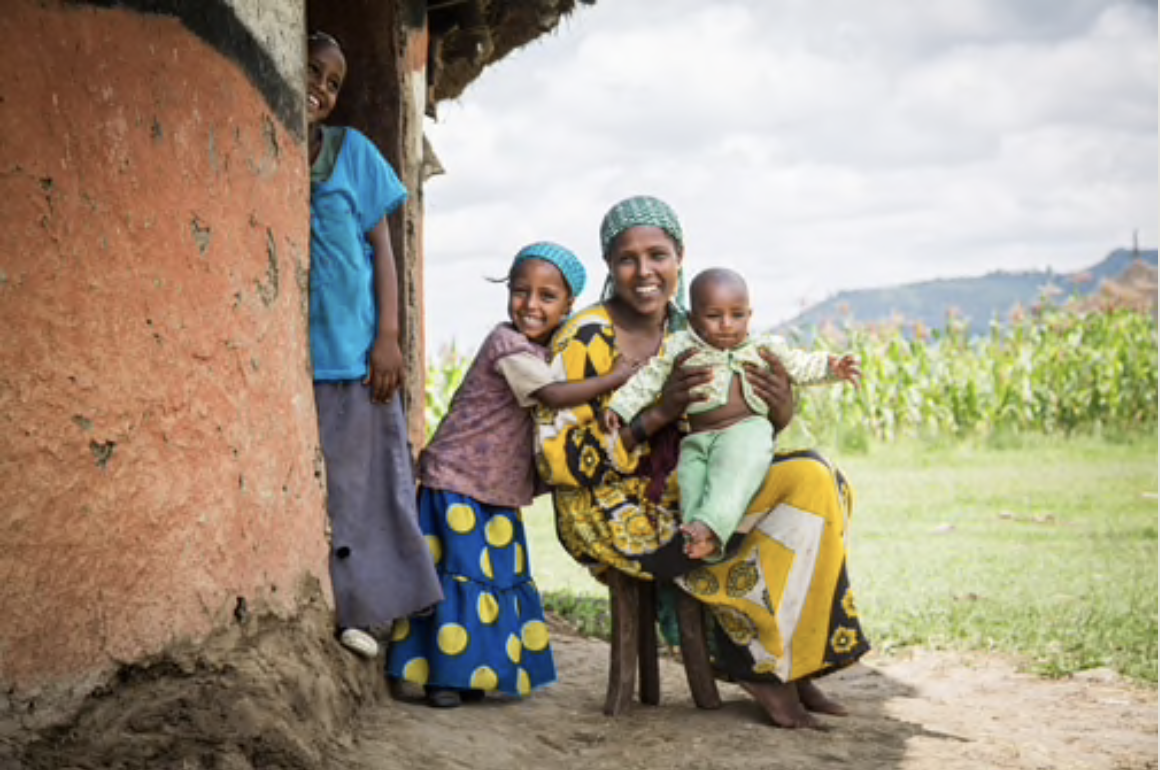 The Bill and Melinda Gates Foundation in Africa.