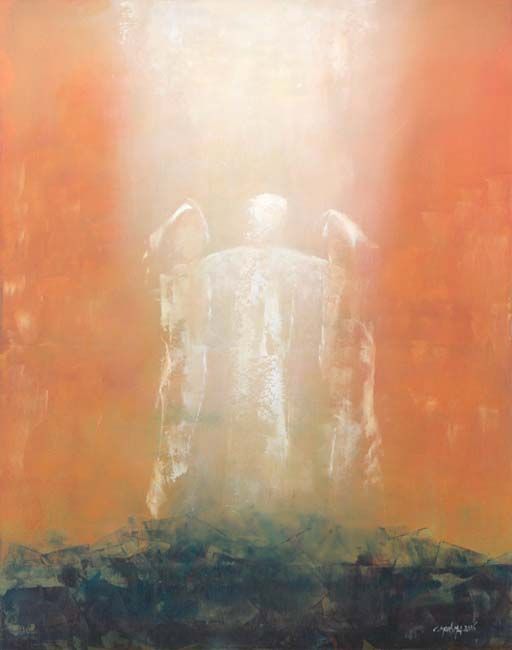 Have you ever seen the Stanley Kubrick science-fiction movie-masterpiece called 2001? It begins at the dawn of time, with our ape-like predecessors eking out a basic living in very brutal conditions. Suddenly a mysterious monolith appears, and after much excitement, one of our predecessors touches it…. Shortly thereafter tools and weapons are invented, seemingly inspired by the strange object. A victory over a rival tribe, due to the new inventions, is celebrated, and a bone is joyously thrown into the air, where it twists and turns and equally as suddenly becomes a PanAm (this film was made in 1968) space ferry in 2001 journeying to a spectacular Earth-orbiting space station, possibly the greatest transformation or transfiguration in movie history. On a more natural level, how about a creepy-crawly caterpillar becoming a gorgeous butterfly? Such events are a source of wonder and amazement for us. From something really rather ordinary a truly wonderful change happens and we are confronted with a dazzling new reality. This can happen quite often if we are aware. How about a dreadful rainy day concluding with a splendid sunset? And today’s gospel has just such a transformation, the Transfiguration of the Lord. It seems Jesus took his friends to a secluded spot up a hill to pray. Well, it seemed that Jesus prayed and the rest fell asleep! There is hope for us all. But they were awakened by something, presumably a blinding light, and saw something remarkable. Three people were there talking to each other. They recognized Jesus of course, but somehow also could identify Moses, symbolic of the Judaic law, and Elijah, the chief prophet, whom the prophet Malachi declared would be sent by God “before the great and awesome day of the Lord comes” (Malachi 4:5), who also declared that God required everyone to remember “my servant Moses, [and] the statutes and ordinances that I commanded him…” (v.4). Malachi is accepted as the last of the prophets of the Old Testament. So, in a sense, the Transfiguration has the Old Testament becoming the New Testament in the form of Jesus, a kind of passing the baton. It seemed to confirm that Jesus was truly what Peter claimed him to be (just a few verses earlier in all three synoptic gospels), namely the Son of God, the Chosen One, to whom a voice from heaven declared they must listen. So this son of Nazareth, a lowly settlement miles from the holy city of Jerusalem, a humble carpenter by trade, was none other than the Messiah. Quite a transfiguration, another epiphany, an action emanating from God and witnessed by others. The command to listen to him implies a promise, that if we do listen to him, we too will be the beloved of God. Promise seems to be the major theme of today’s readings.

The first reading contains a bizarre scene of animals cut up, and God passing between them, witnessed by Abram/Abraham who also, like the disciples, falls asleep. One might well ask what on earth is going on? Clearly it is another epiphany, as defined above, but what is it? It must have been a bloody sight with those dismembered animals. Anyone  familiar with Wagner’s operatic tetralogy The Ring of the Nibelungs will remember a dramatic scene in Act 1 of Götterdämmerung (The Twilight of the Gods), our hero Siegfried and his new-found friend Gunther swear blood-brotherhood by slicing into their arms and mingling their blood together, thus creating a solemn covenant between them. Trouble was, Siegfried, having been drugged, would now go and claim his own wife as a wife for Gunther… and the drama intensifies. But my point is the theme of blood in making a solemn promise. Apparently the expression to cut a deal comes from such ceremonies. Well, the Middle East in Abram’s time had gone beyond that, and cut animals up instead of themselves. The additional implication was that if those making the covenant broke it, may what had happened to the animals happen to them! The significance of blood, as ever in the Old and New Testaments, is that it represents the life of the person making the promise, that is, blood equals life, not death. This scene shows the creation of the solemn covenant between God and the Hebrew people represented by Abram/Abraham. And note it is unilateral: Abram does not pass between the carcasses. It is a promise made unilaterally by God alone, that there would be divine power behind the promises of descendants, land and blessings. It also prefigures the great covenant between God and the Hebrew people on Mount Sinai, with the blood of animals symbolizing the life of God linking to the people (Exodus 24:1-8) and lastly, in the New Testament, it culminates in the blood of the New Covenant with the transformed wine of the Last Supper becoming the blood not of sacrificed animals, but of the Lord himself.  That Christian Covenant is echoed in today’s both second readings (there is a choice today) with the promise that our lowly bodies will be transformed into glory through our alliance with the Lord.

So today we are made aware of a history of God’s promises extending through the 2000 years of Hebrew history until Jesus, and the 2000 years thereafter, to today. And they are all unilateral; we are invited to believe in them or not, to accept them and live by them, or to discard them and go our own way, whatever that may be. Throughout those 4000 years, however, there are many many disaster stories of us humans doing our own thing, perhaps culminating in the figure of Adolf Hitler. Without a divine anchor giving us stability and purpose, we do seem to mess up big time. Today’s Lenten Sunday lesson may be calling us back to basics, to trust in the Lord and devote our efforts to doing God’s will rather than ours. After all, we are not alone in attempting that; we are linked to the life-blood of Jesus himself as a source of strength. We are not alone. 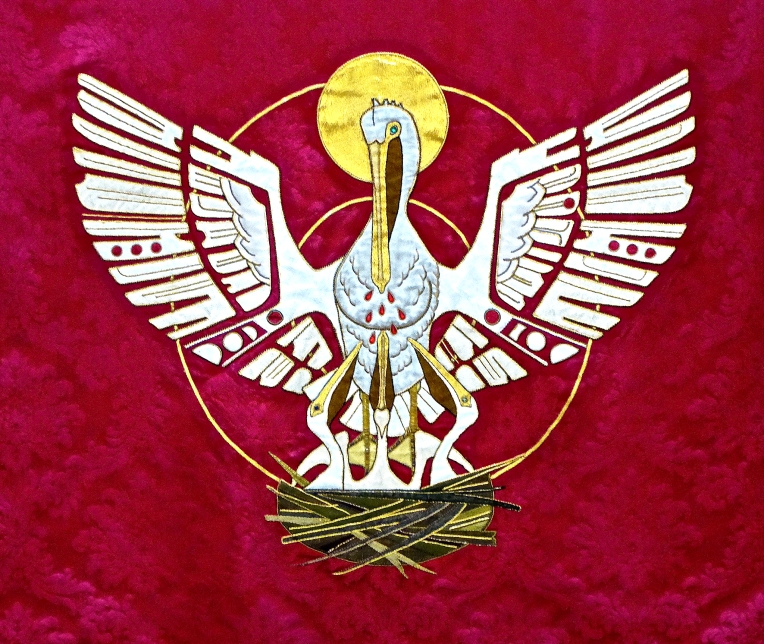