[Jesus said] Hear me, all of you, and understand.
Nothing that enters one from outside can defile that person;
but the things that come out from within are what defile.  Mark 7:14-15

First an interesting fact about this gospel. Mark was the first gospel written down, and consequently the oldest we have. Scholars tell us that it was written for a non-Jewish congregation, hence evidence of the early growth of the church outside its initial base of Jewish converts. How do they know such things? Well, in this case it is easy to figure out. Mark states in today’s gospel that ...the Pharisees and, in fact, all Jews, do not eat without carefully washing their hands, keeping the tradition of the elders (v. 3). That would never have been written for a Jewish congregation as it would have been obvious and redundant. It must have been written for a group of people with no idea of Jewish traditions. Clues like that are found throughout the New Testament to give us an idea of the early church.

The Pharisees, the religious leaders of the Jewish people in those days, noticed that Jesus’ followers were eating with unwashed hands, therefore not following Jewish tradition; (remember at that time there was no idea of germs and transmitting disease through unwashed hands; washing was simply a Jewish tradition, even if it was, as it turns out, the sensible thing to do). As ever, Jesus rails on about the Pharisaical obsession with outward display of holiness, when what really counts is internal motivation. What really counts is what is going on in the heart, the soul, of the individual. It is there that good and evil battle it out, Jesus giving out a list of highly unpleasant and sinful acts contrary to a good life. These are the opposite of the truth expressed in the second reading. Here the Almighty has set in all of us our orientation for the good. We are naturally inclined to do what God wishes because God has laid that foundation within us. Then we can become the “first fruits of his creation” as James puts it in his letter. Any perversion of this natural and healthy pathway comes from within us, with selfishness, pride and so on, damaging that divine perfection we naturally possess. So fixing that darkness is what the Pharisees should be combatting, not judging people on sight alone. Dirty hands do not necessarily mean a dirty mind or soul!

The present unparalleled clerical crisis in the church is a highly unfortunate example of all this. The hundreds of priests guilty of child abuse, a display of the darkest depravity one can imagine, has appeared from a group of people looked up to with hope and expectation; they were, after all, supposed to show a proper way of living. And this they did outwardly. So many congregations feel themselves betrayed by these men (and they have been). The papers have been filled with stories of congregations who literally could not believe that their pastor, the man who said a wonderful Mass, preached uplifting sermons, tended to their sick and dying so well, now threatens their very faith in God! These men have acted on the most evil internal drives and have in consequence trashed some of the most wonderful Catholic traditions based on trust.

Hence today’s gospel could have well been written with today’s disaster in mind, only today’s evil is even worse than the evil Jesus was confronting. If he got angry with the moneychangers in the Temple, imagine his reaction if he had found priests guilty of these heinous crimes. If only I could offer some uplifting thought to deal with this crisis, but it is not possible. Asking for forgiveness and understanding seems futile. There is no understanding! These men have betrayed their people, betrayed God and betrayed themselves, as have their superiors. And the innocent among the ordained (thankfully, the majority) are left to do what they can to clean up this evil, filthy mess, not of their creating. As today’s gospel leaves us with a downer, so I must too, hoping only in the ultimate source of hope, our eternal ever-living and loving God, the one and only way through this forest of poison and thorns. We, the Church, have been crucified by the evil ones. 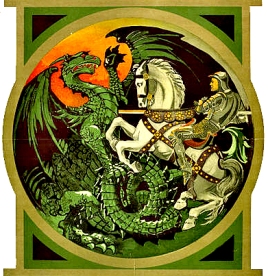 One thought on “SEPTEMBER 2, 2018: TWENTY-SECOND SUNDAY IN ORDINARY TIME”