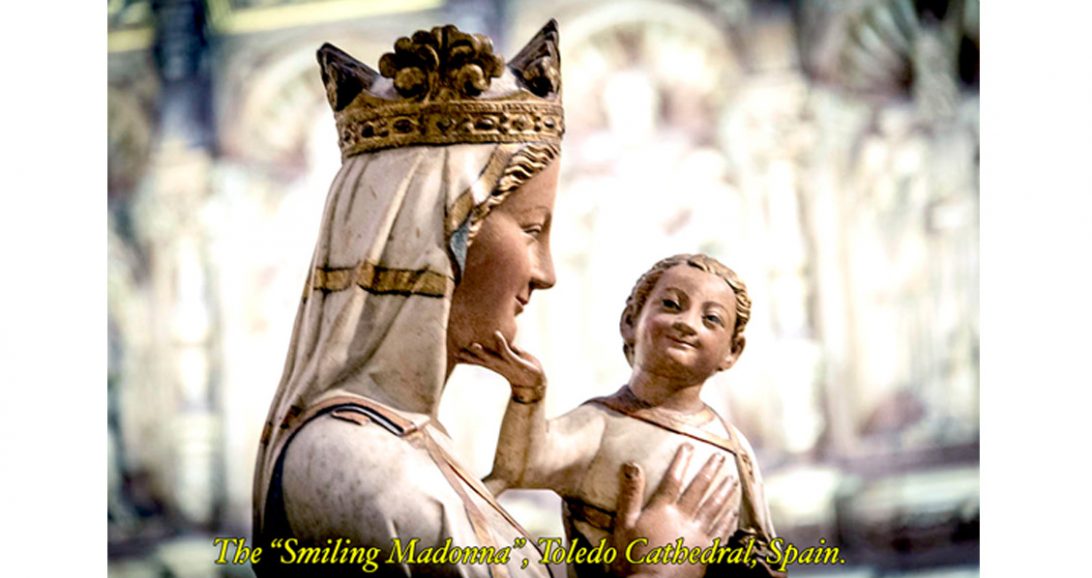 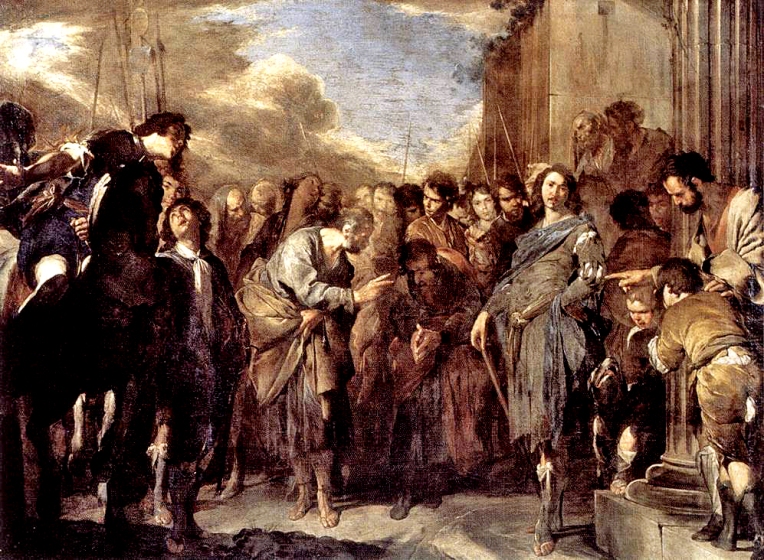 There is the Golden Rule in Scripture, to do unto others as you would have them do unto you, a sort of tit for tat philosophy. Jesus, typically, goes way beyond this in commanding his followers to love one another. The clear implication is that a follower of Jesus must love everyone, even those who are doing things which are horrible. Jesus demonstrated this even from the cross itself by asking God to forgive even those who had inflicted that monstrously unjust punishment on him. So the model is there for all who would call themselves Christian. The first reading is a great example of this in practice.

All of Jesus’ first disciples were Jews, and devoted ones at that. For them, the world was divided clearly into two groups, Jews and Gentiles, or non-Jews. Even to mix with Gentiles was frowned on. Anyone who worked with or for them was excommunicated; witness Matthew the Jewish tax collector for the Roman occupying force. He was shunned by his own community. So their initial interpretation of Jesus’ command to love one another they would automatically apply to Jews only. It would be unthinkable for them to accept Gentiles into their midst, let alone love them! But……

The 10th chapter of the Acts of the Apostles is fascinating. Peter the fisherman, and the one clearly appointed as the leader of the apostles, had gone to Joppa, a town on the Mediterranean coast west of Jerusalem. He was staying with a friend. He had gone up to the roof of the house to pray, presumably because it was peaceful and solitary. He became hungry, and saw a vision of all sorts of animals, birds, etc., coming down from heaven. A voice ordered him to kill and eat. Now there were animals in the vision which were forbidden to Jews, such as pigs (see Leviticus 11). So he objected. The voice then said “What God has cleansed, you must not call common” (Acts 10:15). From that moment, all Jesus’ followers were released from the kosher laws of eating. Now the vision threw another curve ball at him. The voice warned him of visitors arriving from Caesarea up the coast, Gentiles, and he was to go with them to the house of Cornelius, a Roman soldier.

Well, put yourselves into Peter’s shoes. All his life he had obeyed the kosher laws, and also avoided all contact with Gentiles as far as possible. Now both of these injunctions were, apparently, abolished. They cleared the decks, as it were, to allow Jesus’s command to be followed completely. And Peter was the chosen one to undergo the first test. Well, he obeyed, and went to the house of Cornelius, a Roman centurion. Remember that Peter would look on him in various ways. Cornelius was a Gentile, an oppressor of the Jews, being a Roman soldier, he was unclean in that he ate forbidden food, was uncircumcised (see Genesis 17:9-14) and, one imagines, worshipped the alien gods of the Romans. All that would make him toxic in the eyes of a strict Jewish man. Even to enter his house would be verboten for Peter. Yet Jesus’ command, and, more immediately, the rooftop vision, emboldened him to do it. Poor Cornelius was a good and just man and who had also received a vision that he should invite Peter into his house. He was equally overwhelmed, shown by his falling to his knees before Peter, thinking him to be in some way divine. Peter quickly corrected that mistake, then witnessed the Holy Spirit coming down on these Gentiles without any action on Peter’s part. It was blindingly obvious that God wanted these Gentiles, and through them, all the world, to be included among Jesus’ followers. It was a revelation which almost tore the small Christian community into shreds as it was so revolutionary. Yet what Peter witnessed confirmed it. It made jesus’ command to love suddenly take on a universal dimension. Every individual in the world was to be loved as a child of God, no matter what.

Now to be a little Jesuitical for a moment, the command does not order us to like others, but to love them. I believe there is a difference. I am sure there are people in your life whom you simply do not like. You might (or might not) respect them, but you cannot like them on any level. Be that as it may, the command to love must be obeyed no matter how difficult it might be. It is the clear hallmark of a Christian. You must love all others without exception and without conditions. It means Christians must hold every human being in the greatest respect. Recall Thomas More forgiving his executioner, reminding him that he was sending him to God. Edith Stein (more properly, Sister Teresa Benedicta of the Cross) and Maximilian Kolbe, both canonized saints of the Nazi concentration camps of World War II, never once declared hatred of the people responsible for running these death camps even though they both died there under horrifying circumstances.

One final thought. Hatred, holding grudges, desire for revenge are all deadly aspects of non-love. Such negative forces can strangle anyone’s humanity. “Most mental disorders stem either directly from–or secondarily generate–anger, rage, resentment, hostility or bitterness.” (Stephen A. Diamond, Ph.D, Psychology Today, June 3, 2009). Negativity can only beget greater negativity. It is destructive and evil, even if produced by great injustice.  Jesus’ remedy is love, which of course, includes forgiveness. So although we may not like those responsible for evil, as Christians we can love them as God’s children, though perhaps fallen, and hence worthy of our prayers. That positivity will go a long way to guiding us to blessedness in God’s eyes. And remember, to be blessed simply means to be happy in the Lord.