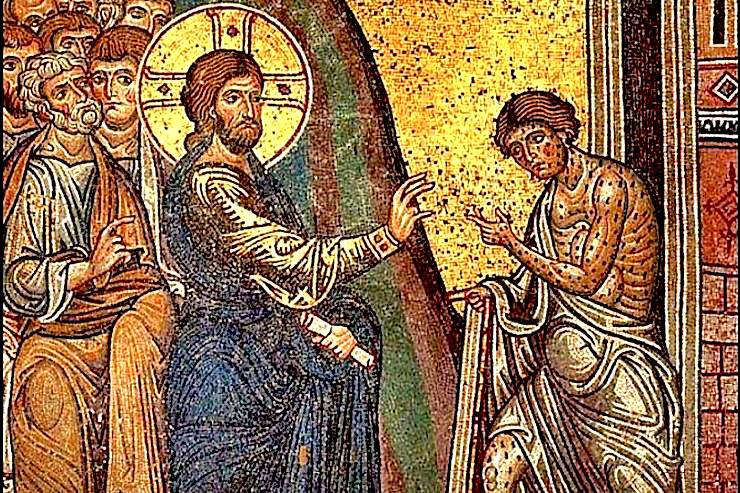 We experience times of dread of disease even today. No-one in the doctor’s surgery wants ever to hear the word cancer. Not so long ago, a doctor saying the word AIDS meant a death sentence was being pronounced. In the 19th century the equivalent was a diagnosis of consumption (today’s tuberculosis); death was inevitable. Although modern medicine has made enormous strides, even now there are diseases for which we have no cure. So imagine what life must have been like before modern medicine. Even a simple visit to the dentist was undertaken when absolutely totally necessary; you knew it was going to be a nightmare. So the ancients had to work out ways of dealing with those unfortunates who had succumbed to various diseases. One of the most dreaded was leprosy. Actually, almost any disfiguring skin ailment back then was liable to be diagnosed as leprosy. The real thing is communicable – witness Saint Damien in the Hawaiian Islands who eventually died from it:

So this disease has a special place in human history. It is still with us today, but there are ways today of treating it now (Hansen’s Disease). But today’s first reading makes it perfectly clear what the Hebrew people were to do in the event of someone contracting it. The last line makes it perfectly clear: He shall dwell apart, making his abode outside the camp. Outside the camp means out of the community, in other words, excommunicated. They were even to shout out their state when someone approached: Unclean! Unclean! Not exactly a PC way of dealing with it. Remember also that other saint, Francis, and the way he handled lepers.

So clearly the way Jesus dealt with the leper who approached him, presumably shouting out the required warning word, was remarkable, and indeed shocking to those around him, especially his new disciples. It is interesting that this incident in the Lord’s ministry is reported so early on; it was a sign of what was to come. The man was cured.

The gospel passage now enters a second level, with Jesus ordering the leper to tell no-one about being cured by him. Of course, the poor soul couldn’t resist it, and shouted it all to the hills in his utter joy at being cleansed. Everyone in the locale learned about it. It had never been known before! But the question is, why did Jesus order silence and why, on that order being disobeyed, did he basically banish himself to “deserted places”? He wasn’t crazy; he had a very good rationale for his action, one which was to be obeyed almost until the end of his ministry three years later. Many times in the gospel Jesus ordered all around him, including his disciples, to say nothing about the wonders he performed.

The Hebrew people had been a people subject to Gentile domination for a very long time – perhaps 500 years by the time of Christ. From the time of their defeat by the Babylonians under Nebuchadnezzar II in about 586 BCE, the Hebrews had been dominated by one great nation after another: Babylon, Persia, Greece and Rome. Only once, under the Greeks, did they achieve independence, but it lasted for a very short time, and involved years of battle and bloodshed. During all that time since 586, God had sent prophet after prophet to them to keep their spirits up, promising them that a great one would arise from their midst who would end their enslavement. Trouble was, God meant something very different from the political enslavement the Hebrews thought he meant. Indeed, the prophet Isaiah was quite explicit about this great one having to suffer terribly, though innocent of any wrong (Isaiah chapters 49-53). So even though powerful, with kings (eventually) bowing down before him, this One would be despised and rejected. Those prophecies were considered irrelevant to the Hebrews’ hope for a Messiah. Indeed, they still are, and today’s Jewish understanding of Isaiah is that he was prophesying about the people themselves, not the Messiah. They still await the Messiah. But Jesus was completely aware of these burning aspirations for a political, military Messiah capable of making the blind see and the lame walk (also Isaiah 35:3-10). Jesus was afraid that they would think he was this great miracle-working conqueror at last in their midst. And, of course, he was not. No Christian could even imagine Jesus astride a horse charging into the Roman armies and smashing them to pieces! It was not going to happen. So, he was not the Hebrew version of the Messiah, and if they found this out before he could complete his mission, which was to take three years, any chance of this confusion happening would be fatal. His teaching would be forgotten, and his memory would be consigned to the dustbin of history. He had to avoid anyone thinking he was their version of the Messiah. Hence the command for secrecy which was to last down to the last week of his life. That was when they did proclaim him the Messiah on Palm Sunday, and so great and bitter was their disappointment that when he did not rally them all to fight the Romans, within a week their adulation had turned into homicidal and bitter hatred.

So today’s gospel sets the scene for the following three years of Jesus’ ministry. There would be signs of his power and compassion galore, but no suggestion of his true vocation (as Messiah) and identity (the Son of God) was ever to be mentioned. Meanwhile, we, 2,000 years later, are here to walk in his footsteps. His compassion for those considered excommunicated is an ideal set before us. His assistance given to the untouchables is a model for us. His reticence to reveal himself is a warning to us that to God be the glory, not to us. When we act and speak as Christ to the world, which is the vocation of every single Christian, we are merely the instruments through whom God’s power works. We can rejoice when God’s grace effects wonders, for then we must always give thanks for God’s presence on the world working through us. That makes us partners with God, honest and grace-filled servants. That’s what the Lord was – and indeed called himself that. So must we. 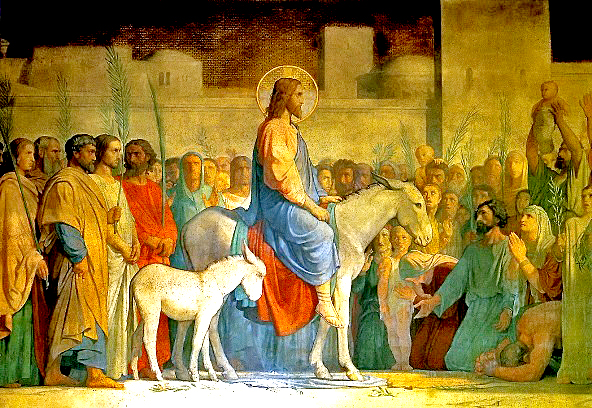 NB: This Wednesday is Ash Wednesday, the first day of Lent. It is one of the two days in the Catholic calendar which are days of fast and abstinence (though not holydays of obligation). The other is Good Friday. Fast means one full meal and essentially two snacks, and abstinence means not eating any meat products, though seafood is acceptable.