Alice Through the Looking Glass and What Alice Found There, Carroll (author) & Tenniel (illustrator), 1871.

He cured many who were sick with various diseases,
and he drove out many demons…      Mark 1:34.

If you read today’s first and second readings (use the link above), you will quickly understand why I have used a secular illustration for today’s recollections on sacred scripture. They are both very similar situations and yet very different at the same time, as were Alice’s two worlds on each side of the looking-glass. Job and Paul seem to be undergoing very similar experiences, but how each dealt with them is like black and white. And the key difference, I think, is found in today’s gospel and how Jesus sees and works in the world he found. There are no Job-like bewailings here; Jesus was clearly a huge success, much in demand, yet his reaction was to go on from that place to new towns where his message of salvation and of God’s love had not yet been heard and where he was completely unknown. He had no interest whatsoever in being sought after and praised. Indeed, the only occasion where he did accept such adulation was his entry into Jerusalem just before the passion, and only then because it fulfilled the prophecy of Zechariah 9:9.

So what was this paradigm shift, for that is the only definition I can come up with, as we seem to be moving from night into day with these two first readings? I believe it is an entirely new way of looking at life that Jesus brought into the world. It is a radical new way of looking at life and at life’s unavoidable burdens. Look at today’s gospel. Jesus had just addressed the people in the synagogue, and even cured a chronically sick man, casting out an evil demon, as the people at that time understood it. Now I know what it feels like to have led a community in worship and preached to them (though I haven’t cast out any demons that I know of – yet). It is exhausting, and all I really want to do after is relax. Not the Lord; he cured Peter’s mother of her illness. News of the miracle in the synagogue spread like wildfire, and all the sick people of the town suddenly appeared at the front door, after sunset of course, which marked the end of sabbath. Jesus dealt with them as he had the man in the synagogue, though he must have been very tired. Yet he was up at the crack of dawn the next day, and went off to pray where he would not be disturbed.

So note the priorities here: Worship on the sabbath; use of God’s power to serve first the possessed man, then everyone else; a good night’s rest, and the first act of the new day was to pray to God and then continue in the same way in “the nearby villages”. Isn’t that loving God, neighbor and self in the right ways? St. Paul describes his work in an identical fashion, even calling himself a slave to everyone in the way he serves them. Then look at poor old Job, where the burdens of life are simply too much as he has no overarching vocational guidance here. Had he Jesus’ philosophy to follow, no day would “come to an end without hope”. Each day would be filled with God’s presence, exhausting no doubt, but deeply satisfying and full of meaning, which rewards come from God and flow through us to the world outside, thereby transforming it just as we are transformed. We are then servants of the Lord, as Jesus has called on each of us to be.

So each of us is offered a model of life here. Which one do we follow? It’s a clear choice, heaven knows. One leads to oblivion, one to eternal light and life. It’s a personal choice only each one of us can make, but we are never alone in making it. If there is shadow inside us obstructing the light, Jesus is there always to cast it out. 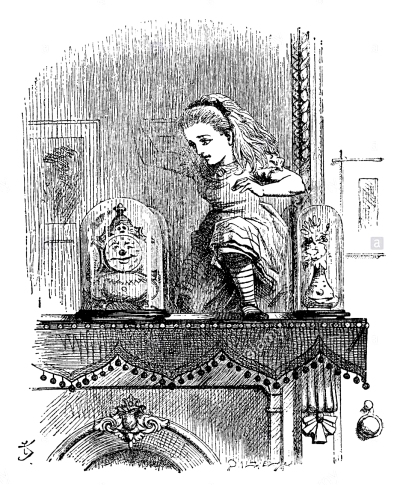